Salvage laws and how they can affect you

Salvage – a voluntary service, which, when a boat is in danger at sea, saves the boat and contributes to the safety of those within the boat and its cargo. 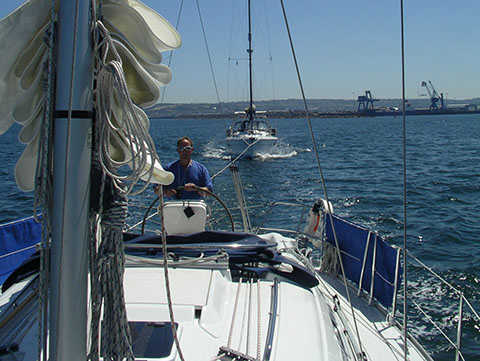 Under the International Convention for the Safety of Life at Sea (SOLAS), and other such regulations, there is a statutory duty to assist any boat in distress and to save life.

When a boat gets into trouble at sea the priority will always be to look after the people on board, but once you and your crew are safe, the last thing you want to discover is a salvage claim is being made against you or your boat.

Having an understanding of the principles of salvage will help you avoid such a sting in the tail!

Salvage Laws have evolved from the philosophy that the protection of maritime property at sea is considered of sufficient importance that it should be encouraged by the courts through the offer of rewards to those who go to the assistance of others.

Under Salvage Law a person who recovers another person’s boat or cargo from danger at sea is entitled to a reward based on the value of the property saved.

This is considered fair to the boat owner and salvor based on the principle that a reasonable owner (or their insurer) who has avoided the total loss of their boat or other property through the intervention of a third party should be prepared to pay for the assistance offered, and also the person providing assistance shouldn’t be left out of pocket for doing so.

Salvage services could include:

The underlying principles governing a salvage claim are:

Given that the reward is normally payable out of the value of the property saved, for a salvor to be entitled to a reward something of value must be saved! This is known as the ‘no cure, no pay’ principle.

Salvage in a rescue situation

Generally speaking, recreational boaters are happy to help each other out and it is unusual for those offering assistance to claim salvage. However, if you are worried about a claim for salvage being made, it is usually cheaper to agree a payment for assistance in advance rather than to leave it to be determined after the event.

If you’re not in imminent danger and the situation does not warrant calling the emergency services, you would probably be better off being up-front about fixing a price with the person offering assistance.

If danger is imminent, call the emergency services. HM Coastguard and the RNLI do not normally make claims for salvage. However there will be occasions where a boat is in imminent danger and salvage has to be accepted without an agreement on payment (i.e. the amount of any payment will be settled later), and therefore a skipper and salvor should be very clear on what is being agreed at the time.

Every situation is unique and there are a number of factors a skipper should take into account when considering the options:

If a boat is in distress, it’s unlikely the skipper will be able to arrange a written agreement, so a verbal agreement, witnessed by other crew members or individuals on board, of ‘salvage services’ upon the principle of ‘no cure, no pay’ should be offered.

Skippers should also consider trying to agree salvage subject to the terms of the Lloyd’s Open Form, which is a simple form of salvage agreement and gives jurisdiction to determine the reward to Lloyd’s of London arbitrators, rather than the courts.

Salvage without prior agreement

If you find yourself subject to a salvage claim without prior agreement; for example if your boat has been salvaged without your knowledge after it has broken free of its moorings or any such circumstances where salvage is unavoidable, most insurance policies require immediate written notice of any accident or of any claim. No negotiations, payments, settlements, admissions or terminations of any claim should be made without the written consent of the insurers.

If a salvage claim arises after your boat has been saved, notify your insurers straight away and leave the negotiations to them
Free advice for RYA members

RYA members are entitled to free legal advice on any salvage or towage issues, while also having access to further in-depth salvage and towage information, including a download of the Lloyd’s Standard Form of Salvage Agreement, online.